Around the Fringe (part five) 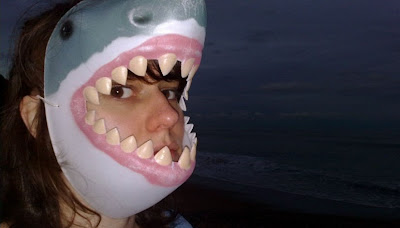 So, as you've probably noticed, I've fallen well behind when it comes to blogging about everything I've seen in the Fringe Festival this year. I blame the fact that I kept going to see stuff instead of sitting at home blooging. Anyway, in an attempt to make up for my tardiness, here are a plethora of quickly-written micro-reviews of some of the other shows I've seen to date...


Bart Freebairn - A Breathtaking Magical Journey into the Ordinary

In which Bart awkwardly but endearingly discovers the magic of everyday life. Loose and not especially adventurous stand-up, but with a certain relaxed charm; especially the stories about family members and farting. Working with a director to tighten up his material would greatly assist Bart's work, methinks.

Frentic pace and frantic mugging didn't work to The Hounds' advantage on their first preview night, which was when I saw this show, although working with a director who specialises in physical theatre has certainly worked to their advantage; both tightening their on-stage antics and opening up their performances, if that makes sense. As per their previous show, The Last Bucket of Water, this was essentially a series of sketches and ideas hung together on a fairly loose premise, although it was certainly a more successful production, I think. This local trio generate a lot of energy, which is matched by the audience's goodwill. Lots of laughs, but not an especially memorable night of comedy.
Three stars

Performer Emma Sachsse has a lot of potential and some real pizazz, which works to her advantage in this bawdy show about her sexual (mis)adventures. I'm all for frank and occasionally crass comedy, but she needs to work at her pacing and delivery if she's to reach her real potential: too many stops and starts and awkward pauses in this show worked against the material Sachsse delivered.


Welcome to the Jungle

Local performer Bron Batten is one half of the organisers of The Last Tuesday Society, which has proven a fertile place for creative experimentation lately, with several Last Tuesday alumni launching solo shows at this year's Fringe. Welcome to the Jungle is one such show, and sees Batten presenting a series of sketches based around anthropomorphic charactersations of animals, including a transgendered bear, a depressed pantomime horse, and a lonely hearts club whale. Not every act hit its mark, but the shows sometimes uneven tone was easy to forgive in light of its quirky content and real heart.


Monster of the Deep 3D

This gem of a show, written and performed by Claudia O'Doherty (of comedy troupe Pig Island) is little more than a presentation about the history and culture of Aquaplex, an underwater city established in the 70s by the world's governments, and recently destroyed in a cataclysmic and unfortunate explosion. In lo-fi quirky style, Claudia uses flipcharts and handmade props to provide hilarious insights into this fictional aquatic city. Beautifully structured and paced, and extremely unpredictable, O'Doherty's faux-naive persona perfectly offset her flights of fantasy. Not only one of the best shows in the festival, but featuring the best props I've seen in the Fringe for the last few years.

I ran out of money so I couldn't see any more shows. The preview for "Oh the Horror!" at the Buttefly Club was good though, especially as the performers had to sit in their cars in costume due to there being another show on in the room. It was a funny shortened version of the show with some of the songs from the long version.